Back to Blog
Ecommerce

Every day brings with it a slew of headlines communicating unsettling news. Each one making our world a more uncertain and strange place.

The cost of living crisis. The war in Ukraine. Climate change emergencies. And the list goes on.

One way or another, directly or indirectly, we’re all touched by it—businesses included.

That’s why the ecommerce world entered what has long been its busiest time of the year with more scepticism and lower expectations than ever.

Now that the dust has settled, we can reflect on what actually came to pass in November 2022.

We pulled together data from 850+ sample companies and looked at reports from others in the industry. That work has revealed four defining themes from this year’s Black Friday:

⚠️ Before we dive in, we want to say that geography plays a big part in the results and interpretations of the data. All of our findings and opinions are given through a global lens unless stated otherwise. What is clear is that this year was not the same politically, macro-economically, or attitudinally. And the results of Black Friday provide us with learnings we can take into 2023.

Let’s start with when.

When people were shopping

The graph below represents Uncapped data from 850+ portfolio companies.

If we look at the days and weeks leading up to Black Friday in 2021 and compare them to those in 2022, we see similar, predictable, and steady sales volumes.

However, 2022 saw a higher volume in sales in the four days preceding Black Friday than the previous year.

This could be the result of:

One could beget the other.

But could this increased spending in the lead up to Black Friday have resulted in the slight dip in revenue on the day?

Ecommerce brands demonstrated their appetite for early marketing by submitting more applications for funding. We processed 30% more funding applications ahead of Black Friday than in the same period the year before.

Uncapped funding is consistently used for marketing activities so this increase in applications indicates a desire to double down on marketing efforts.

But the when could be affected by the how.

How people were shopping

Life without lockdowns has meant some shoppers are returning to brick and mortar stores.

Combine that with retail brands putting more effort in omnichannel marketing and you find retail stores back in the Black Friday game.

The UK saw retail footfall increase, as did much of Europe. The BBC credits some of this increase to the ongoing FIFA World Cup as jubilant shoppers were out and about ahead of Black Friday especially in the UK as it coincided with the much anticipated build up to the Wales vs England game. It would be interesting to see if Germany saw an increase in spend in order to drown their sorrows following their shockingly early exit.

For those that did shop online, the majority were shopping on mobile devices.

According to Shopify research, mobile accounted for nearly 75% of sales made with a vast majority of that being spent on independent sellers, a potential hangover from pandemic spending habits.

This year, Amazon (whether sales came from mobile or desktop) claimed their biggest Black Friday. Surveyed consumers in the UK stated Royal Mail strikes caused them to turn to Amazon to ensure fast and reliable delivery.

Other elements, such as a streamlined checkout process made purchasing easier. After all, it’s so easy, toddlers can do it.

According to Adobe, orders using BNPL rose by 78% the week of Nov. 19 to Nov. 25 when compared to the week before. And overall revenue from BNPL was up 81% during the same period.

The final piece of this puzzle is why people are shopping.

Why people were shopping

The obvious answer is Christmas. With inflation and the cost of living at a 41 year high, consumers were on the lookout for any way to save the pennies.

While this is true, Forbes put forward another consideration. It’s reported that in times of recession, people are less likely to add big ticket items to their shopping list. Instead they replace or upgrade items.

‍
Uncapped’s data backs this up. Consumer electronics and luxury fashion saw an increase in sales which could be interpreted as people replacing expensive items while they’re at a lower cost.

So it’s safe to say that consumer’s intrinsic Black Friday motivations remained the same with some subtle differences. Pre-pandemic habits played their part and macroeconomic factors added fuel to the fire.

‍
Overall, as is the case every year, a brand's ability to predict these consumer habits played a vital role in the outcome.

In times of financial uncertainty, buying patterns tend to shift. But it’s not always the case.

Consumer electronics, a category that historically performs well on Black Friday, was able to do so this year too.

From Uncapped’s data, we saw a 250% increase in spend for customers who sell consumer electronics. Forbes reported similar findings.

“Shoppers spent their money primarily on smart-home items, audio equipment, electronics... Gaming platforms, including Xbox Series X and PlayStation 5, also sold well. Shoppers went for drones and Apple MacBooks. In fact, Apple’s MacBook Pro was discounted more steeply than in years past, with discounts of up to $400.”

So with or without financial pressures, consumers are willing to spend on discounted electronics. This isn’t surprising considering the high price points of electronics and society’s reliance on tech.

Apparel and Accessories, Sporting Goods, and Health and Beauty also came out of Black Friday as winners. Nosto reported a 8%+ increase for the fashion vertical, 21% increase in sales for the sporting goods and 22.6% increase for health and beauty.

Subscription based purchases also spiked on the day. The appeal could stem from the pricing model which opts for small monthly fees over one lump sum. Whether they were purchased as gifts or for personal use is not known.

Not everyone was a winner on Black Friday. The Food and Drink sector saw a decrease as did Home and Garden. Nosto reports the latter saw a drop in traffic (3.3%) and sales (5.9%).

It’s natural that a day like Black Friday would be followed by a decrease in sales. And while Cyber Monday helps sustain an appetite for shopping, it’s not as frenzied or as famous.

Uncapped data tells a similar story. The graph below represents the same 1008 companies from earlier. The blue line (2021) and the orange (2022) both show a slump the days following Black Friday. That slump represents a 50% decline in revenue.

While Adobe forecasted a further $11bn to be spent on Cyber Monday, Uncapped data shows little to no increase in revenue on the day. This is different to how it played out in 2021 as you can see above.

We can’t say yet how December’s sales will play out in 2022 but if the 2021 numbers (graphic representation below) are anything to go by, there will be a steady drop off and levelling out post Black Friday.

A flurry of competing reports have come out in the aftermath of Black Friday. Most are claiming that sales expectations were exceeded and the predictions of a slump year were proven wrong.

For the US, this does seem to be the case. While the Federal Reserve did hike inflation ahead of Thanksgiving weekend, it was not enough to dampen American spending. Salesforce and Adobe reported percentage increases in sales on Black Friday (12% and 2.3%, respectively).

Globally, the reports show the same with Shopify reporting a 19% increase in sales when compared to 2021 and Salesforce reporting a 3% rise.

Uncapped’s data (pulled from a group of 850+ businesses) indicates that clients contributing to 85% of the sample’s total revenue , in November 2022 grew by 31% on average over last year's Nov season showing an incredibly strong growth curve.

The most notable segments were:

All in all, it was a stellar Black Friday for the Uncapped portfolio brands.

Comparing locations as well as years

It’s easy for us to generalise and lump the world together as one market or to be US centric.  But where it gets interesting is when we compare the results of different geographies. The US saw increases but how did the UK and Europe fare?

Salesforce states the UK saw 13% lower revenues and an 11% drop in orders placed. It’s a similar story in Germany (12% and 15% decline respectively) as well as across Europe.

But, in the UK, Barclaycard saw transactions rise by 3.2% this year in comparison to last.

‍
It could be. As mentioned earlier, shoppers and brands were enjoying a ‘Covid free’ Black Friday weekend where they could mix and mingle without masks, mandated distances, or cleaning protocols.

This could be an article in itself but it’s no secret that supply chain issues have haunted brands in recent years. So it’s understandable that ahead of Black Friday companies scrambled to ensure their stock levels were healthy.

However, a working theory published in several outlets, such as Vogue Business, Bloomberg UK and others, is that stock could have been over ordered with the looming recession and cost of living crisis not accounted for when sending purchase orders.

If this is the case, it could be the reason we saw an increase in what brands discounted and how sales were extended past the usual discount frenzied weekend. Or it could be a pre-emptive move to help them weather the coming financial storm. But regardless of the reason for more discounts across product ranges there were more than we’ve seen in years gone by.

A final note from Uncapped

In the end, we’re left with varied reports on what happened Black Friday but one thing is clear; it’s still a vital period in the ecommerce calendar with the potential to make, or break, a brand’s year.

This year is a year that has been characterised by challenges. Consumers have been plagued by the cost of living continually rising, cash not being as disposable as years gone by and the increasing societal pressures of consumption at this time of year. For businesses, the story is much the same. Supply chain issues, macroeconomic changes, cash flow woes and inventory backlogs have made for a bumpy road. But seeing the successes coming from Black Friday make these choppy waters worth navigating.

We’ll have to wait, with bated breath, the profits and loss reports of next year to ascertain the true winners and losers of this year’s BFCM period but for now we can rest easy knowing the data paints a picture of growth and success.

At Uncapped, we are proud to have funded businesses in the lead up to this manic quarter for marketing and inventory purposes and it brings us great joy seeing the wins in our portfolio.

So should you wish to learn more about how we can help, get in touch with a member of our team today and we will happily see what we can do to turbocharge your sales throughout 2023. 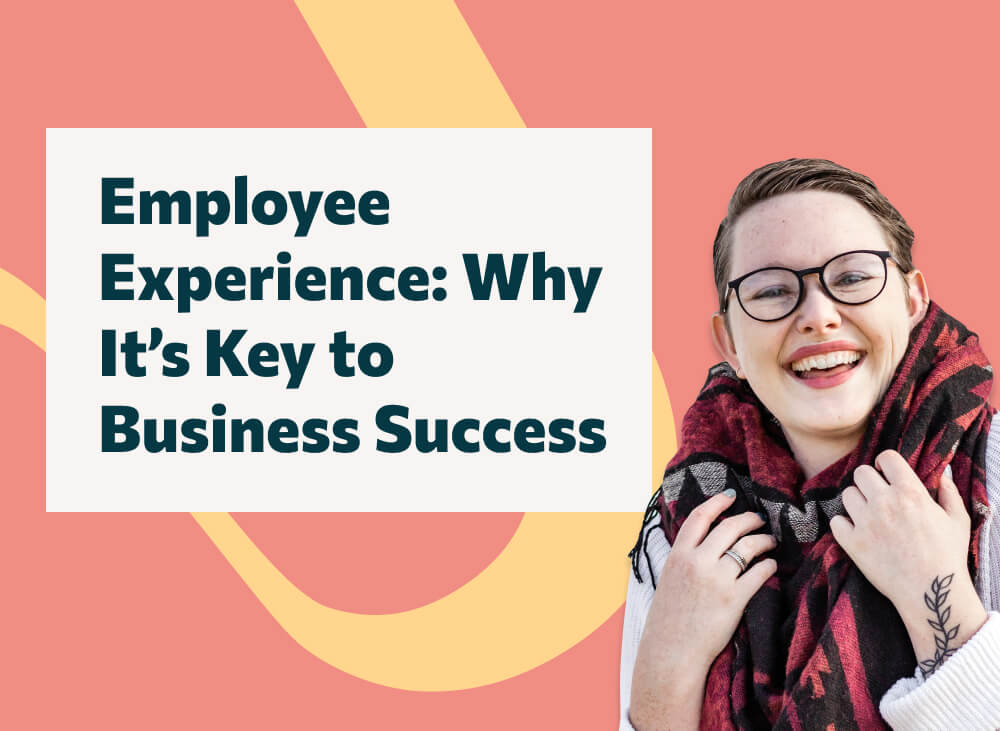 Employee experience is a key driver of business success, enabling companies to attract and retain top talent, build better products and create better customer experiences. Motivated staff create twice the return on sales and drive up bottom line, which is particularly impactful in markets with lower gross margins like e-commerce, compared to some other areas of tech. 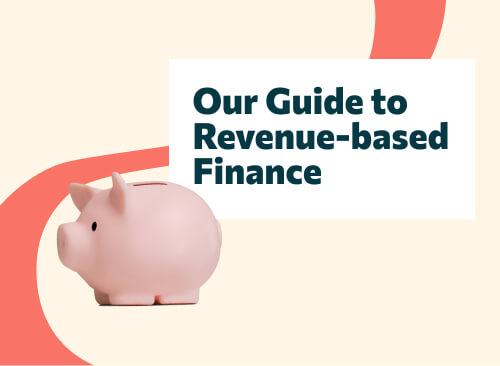 The Complete Guide to Revenue Based Finance

Learn all about revenue based finance, including what it is, who is eligible for it, and the advantages and disadvantages of this type of funding.